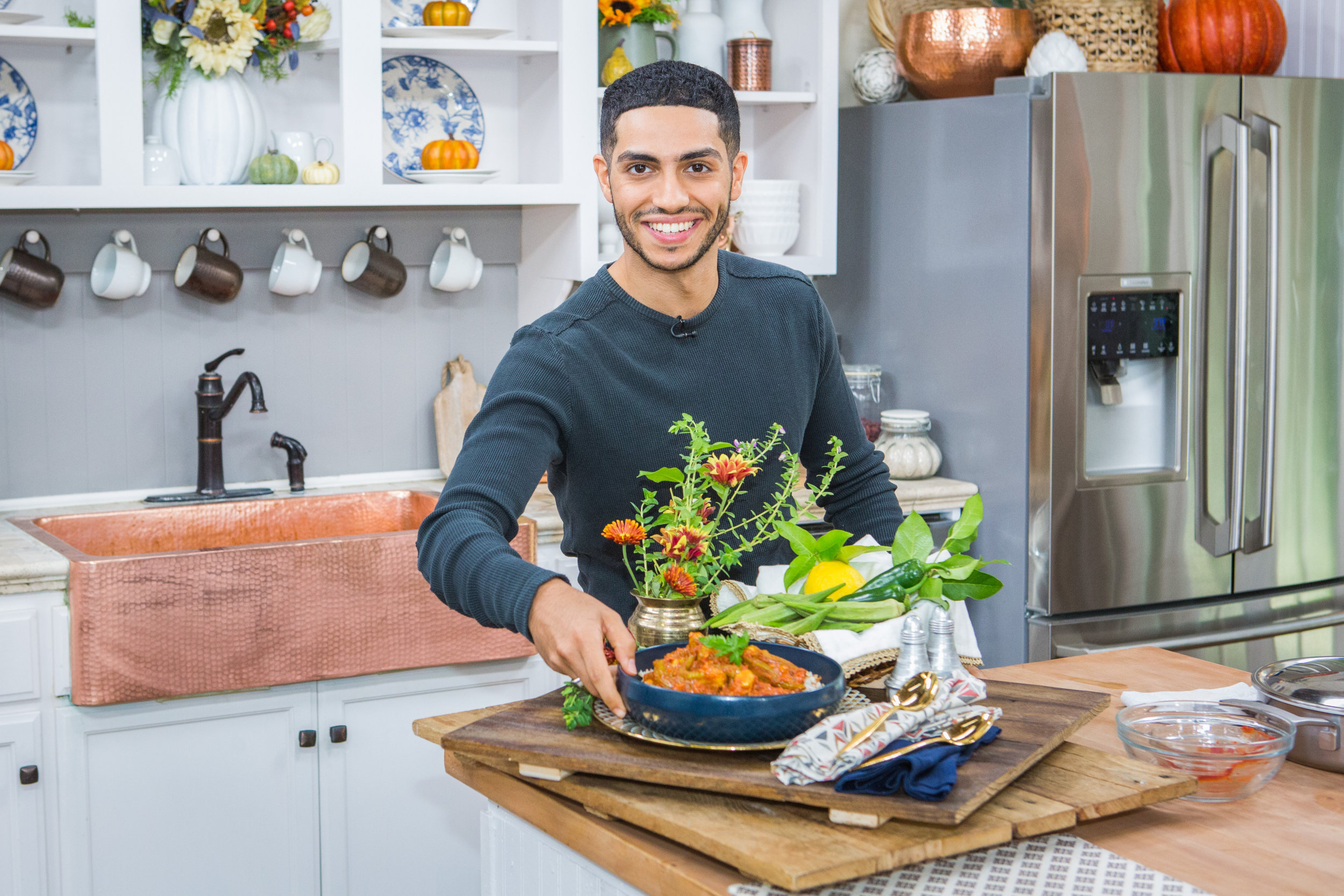 Mena premiered his vegan travel show “Evolving Vegan” on his YouTube yesterday and followed that up with a Q&A. Be sure to catch the show if you haven’t yet already!

Aladdin star Mena Massoud really wants to be the DCEU’s Nightwing. Massoud was catapulted into the public eye when he starred in the live-action remake of Disney’s beloved animated film, earning praise for his performance amidst the film’s lukewarm critical reception. Most recently, he lent his voice to the animated film Lamya’s Poem from director Alex Kronemer, which is set to premiere at the Vancouver International Film Festival.

Nightwing is the alter-ego adopted by Dick Grayson, who originated the role of Robin, after he grows up and pursues crime-fighting independently. While the character has had many animated appearances, his live action portrayals have been mostly limited to his time as Batman’s sidekick. Chris O’Donnell played Grayson in both Batman Forever and Batman & Robin, and while his costume in the latter film resembles Nightwing’s, he never officially uses the name. The character does currently feature on the TV series Titans, played by Brenton Thwaites.

In an exclusive interview promoting Lamya’s Poem, Massoud reveals to SR that he is itching to join one of the superhero cinematic universes, and would love to play Nightwing for the DCEU. He describes having always been drawn to Batman, a character he admits is well established on screen, but sees himself as a better fit for Grayson. The character’s story, Massoud says, is well worth telling:
I’ve been obsessed with Batman, but I think Batman’s kind of… it’s been done a lot now and it’s been done by some fantastic actors. I don’t think I can top them in that way, but Nightwing just has a really interesting story [that] hasn’t been done before, he’s a little bit younger. So yeah, he’s a character I’ve just always been drawn to.

Elsewhere in the interview, Massoud talks his approach to getting cast in that dream role, which he says begins in the gym. “I really would love to play a superhero in the DC or Marvel universe,” Massoud says. “I want to play a superhero, so I got to look like a superhero,” Massoud says. “Maybe I got to get in shape like a superhero before I’m cast as one, but I think it’s important to put things out there in the universe that you want to do and just really work really hard and smart towards them and… see what happens.”

Massoud isn’t off on his timing, though securing the role of Grayson could take some patience. Warner Bros. has a Nightwing-centered film currently in development, with The LEGO Batman director Chris McKay already attached. McKay has previously voiced his passion for the project, but admitted that it isn’t one of the studio’s DCEU priorities, so it’s unclear when audiences might get a chance to see his take on the character. But, if Massoud plays his cards right, starring in that DCEU film somewhere down the line is not outside the realm of possibility.